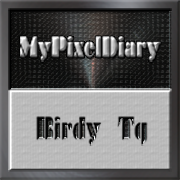 Asked by DXO Labs on their Fb page to give some more informations about "Ages of Life - N°2, I made the following reply, explaining the whole story behind this photo and more generally about my photography work:


The « Ages of Life » ("Lebensalter") fountain is a monumental work of art which settles on the Wittenberg Place not for from famous KaDeWe department store.

- The first one was not, for sure, the global architecture of the fountain which is, in its shape, like an heavy and « almost » hideous mushroom made of granite and bronze standing in the meddle of a basin with no grace, in a very post-second world war Germanic style .
It was much more because of the fact the German sculptor Waldemar Grzimek was commissioned in 1981 to design the fountain (with the architects Wolfgang Schuster, Hartmut Bonk, Fee Franck and Christian Höpfner).
Unfortunately Waldemar Grzimek died in 1984 before the fountain was erected. Meanwhile he got enough time to design almost all of the 12 bronze figures composing the scene. And precisely those sculptures make the whole interest of the fountain.

I was, of course, interested to see and shoot this fountain because of the recognized talent of the artist, but even more because of his biography and the evolution of his art through time and with the political upheavals of his country during the 20th century.
He has been a witness of his century turpitude.
Born at the end of the first world war , he made his studies during A. Hitler’s ascent and his seizure of power over Germany. Requisitioned in the German Navy during the second world war, he, then, had to live with the painful separation of both Germanies.
He taught arts, has been a freelance artist and died in the west Berlin before he could see the wall down.
Beginning as an animal sculptor whose work could not conflict with the dictatorship and the political censorship, he moved to expressionism in which melancholy and a certain disillusionment about the human nature slowly settled. As any German he had to face the horrifying reality of holocaust, as an artist he had to express his sensibility especially when he was commissioned for the memorials of Sachsenhausen and Buchenwald concentration camps. He won several prizes and one can see many of his sculptures all through Germany.

- The second one and the most important fact to me was that the “Ages of Life” fountain is the very last realization of Waldemar Grzimek in his life.
So, it appears like an achievement.
The theme of “Ages of life” takes its whole meaning for a man who is going to die.
This is what I wanted to catch through my camera .

The question of life passing by: birth, youth, insouciance, pleasure, life, glory, gold age, doubts, decline, old age, death.
Each of those steps are into the “Ages of Life”.
And a recurrent question is asked by the sculptor in special work: Can we stay young and jaunty, what ever happens, when the over strength of Nature dominate humanity?

In the sculpture “Ages of life”, the heavy concrete roof is like an implacable force which crushes the figures. It symbolizes the oppression of Time.
Then the fact that “Ages of life” is also a fountain is not a fortuitous coincidence.
Water is purification. Water is rejuvenating source.

This is what I wanted to depict into my photo serial: “Ages of Life”.

This "Ages of Life" serial has been shot at different hours of the day and night.
At that time I used a Canon 7D with a canon lens EFS 15-85. Now, I am mainly working with a Nikon D800e and various great lenses. 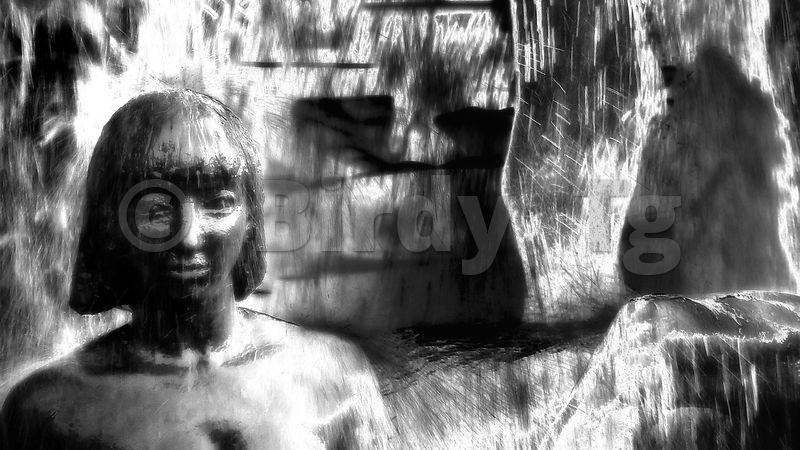 “Ages of Life – N°1” has a very graphic monochrome background, into the grey shades, just like steel. Water drops are very linear as electric sparks coming out of circular saws cutting metal. This is age of “bite”: youth biting life. A young carefree girl is on the front left hand side of the picture while the steelworks background runs at top speed, almost in fusion. 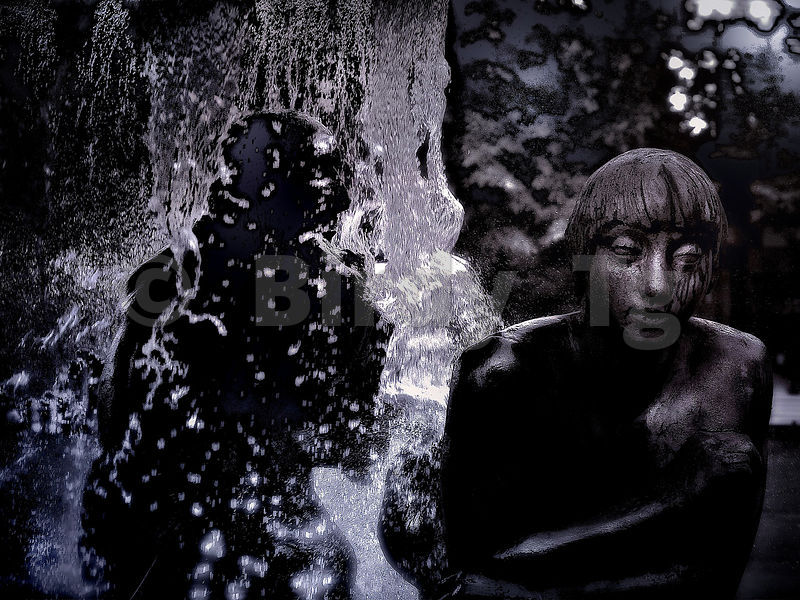 “Ages of Life – N°2” is very different even if we find here again a naked young woman, more graceful, her elbows leaning on a heavy square granite stone. What is she waiting for ? In the moonlight, the scene could be almost romantic. For a while in the background, a disturbing black silhouette seems to observe her. This is an old woman who seems to look at the youth with jealousy, feeling that her own youth has desperately vanished for ever. My purpose in this photo was to capture this desperate feeling that anyone of us could get when we feel this lost of power to hold back youth, in getting older and older every day of our life. What could be done to stop the inexorable course of time? As I previously said, water symbolizes the purity, the eternal resumption (water, source, river, sea, evaporation, rain and again…), the cycle of life (analogy with “Ashes to Ashes”), the rejuvenating source, the eternal youth… I have wanted here to add another dimension related with Time: Ice. I wanted to symbolize this very frozen moment when water doesn’t flow anymore, when it doesn’t happen anything else than silence, when Time is stopped, when life can not go away anymore. This is this very precious moment when death can not happen, will never happen. The old women body is preserved by ice, like saved by cyonics, maybe she will born again… My main difficulty was to succeed in making ice with running water in “Ages of Life – N°2”. For this, I used a new and original process that I found, and tried to make out for the first time on this shot. I am sorry but I would like not to give the process used here to ice water as I have to experiment it on other photos before I can say with irony I found the alchemy how to make ice with water ☺… at least in photography! The only thing I can say is that it is quite unusual and I have been very lucky. I also tried the light and the colors to serve the topic: The natural moonlight was the last faint light of the day, so black and white would definitively be the basis. This is the link between day and night. But I also wanted the blue color to be included to symbolize the coldness, and the pink color to symbolize femininity and youth. I wanted to focus and jail the maximum of light only into the frozen cascade as a symbol of immortalized life into ice. The "Ages of Life" Serie will include 2 more photography works... 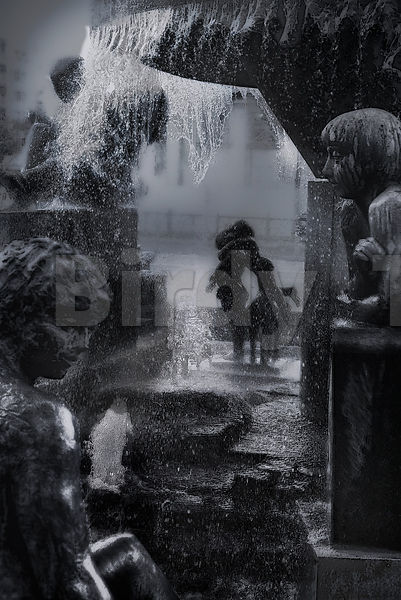